Think Twice About Letting Your Lawn Go Brown This Summer

Sam Greenspan, producer of 99% Invisible, covers the history and design of our American home landscape, aka our lawns. There is a deep history of psychology that keeps many Americans from converting their water loving lawns to more sustainable gardens. In this episode of 99% Invisible, the team deconstructs our love of lawns and highlights a Tampa man’s fight for the freedom to let his lawn turn brown. Listen or read below.

In communities across America, lawns that are brown or overgrown are considered especially heinous. Elite squads of dedicated individuals have been deputized by their local governments or homeowners’ associations to take action against those whose lawns fail to meet community standards. Call them lawn enforcement agents. 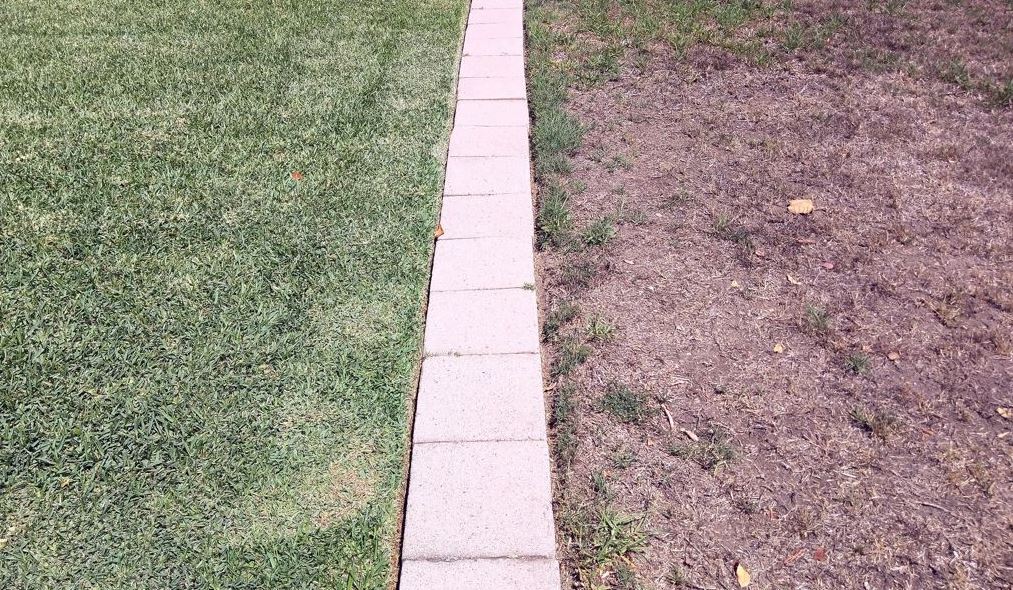 The recipient of the letter was Joe Prudente, who owns the Bayonet Point home with his wife, Pat. The letter said that their lawn was too brown, too weedy, and not maintained well enough. The Prudentes had received a few of these letters before. They tried keeping a clean, green lawn. They watered it, fertilized it, and had even completely resodded their front lawn three times. But patches of grass kept turning brown. Joe Prudente decided he would not resod the lawn again. 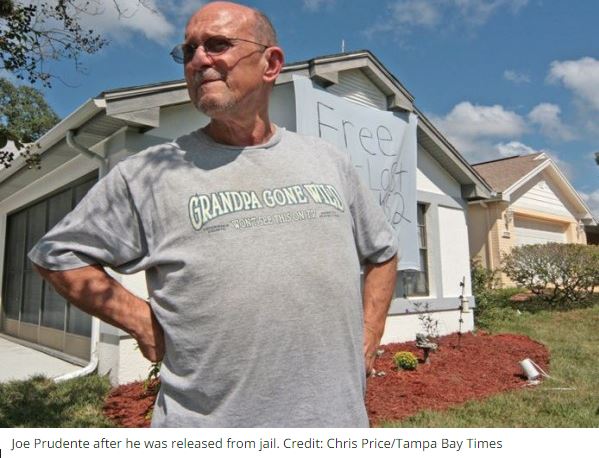 Prudente met with his homeowners’ association, but it was not cutting him any slack. It told him if he didn’t resod his lawn, it would notify the court. Shortly thereafter, Prudente got a court order telling him to turn himself in or that he would be arrested. At 66 years old, this otherwise law-abiding retiree from Long Island presented himself to the Pasco County jail wearing a “Grandpa Gone Wild” T-shirt. He was apprehended on allegations of failing to properly maintain his lawn to community standards.

Fortunately for his wife, only Joe Prudente was listed on the mortgage—otherwise she would have landed in the slammer too. Prudente was held without bail. The only way he would be let out was if his lawn was fixed. Luckily for Prudente, the local paper had written about the arrest and detainment of a senior citizen for having a brown lawn. Word got around, and dozens of people came out to help dig up and resod the Prudentes’ lawn. Prudente was released from jail the next day.

Most cases of homeowners brushing up against “lawn enforcement” do not usually end in jail time. But Prudente was not the only person to have ended up behind bars because of a landscaping issue. Rick Yoes of Grand Prairie, Texas, spent two days in jail for having an overgrown lawn, and Gerry Suttle, a 75-year-old former city council member of of Riesel, Texas, had a warrant issued for her arrest until some neighborhood kids came by and mowed the lawn that she had been unable to take care of on her own.* 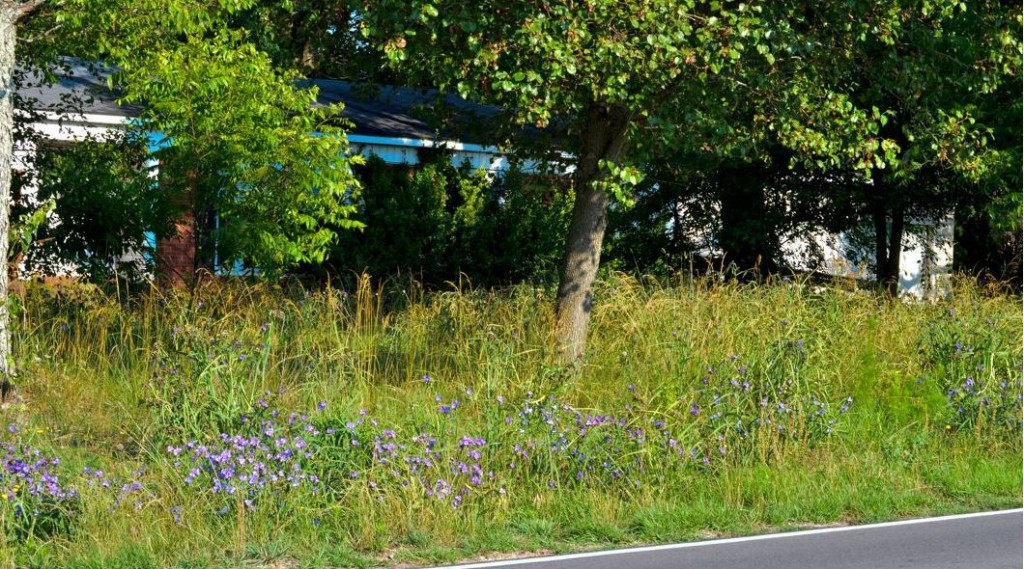 When European colonists set sail for the New World, they took grasses with them. But lawns were still mostly for rich people and, eventually, public parks. It wasn’t until the turn of the 20th century, with the first suburbs, that lawns started appearing around the homes of the middle class. This is where the lawn shifts from being about the flagrant display of wealth to a moral force for the good of civilization.

Andrew Jackson Downing, considered by some to be the father of American landscape architecture (along with his successor, Frederick Law Olmsted), promoted the lawn as a way of beating back the chaos of city life. Downing wrote in his 1850 treatise The Architecture of Country Houses, “[W]hen smiling lawns and tasteful cottages begin to embellish a country, we know that order and culture are established.”

When the United States began to suburbanize in the 1950s, suddenly middle-class people were owning larger and larger swathes of land. Covering this land with grass was partially utilitarian—it was a cheap solution to doing something with a large piece of earth—but this connection between lawn and order grew stronger. 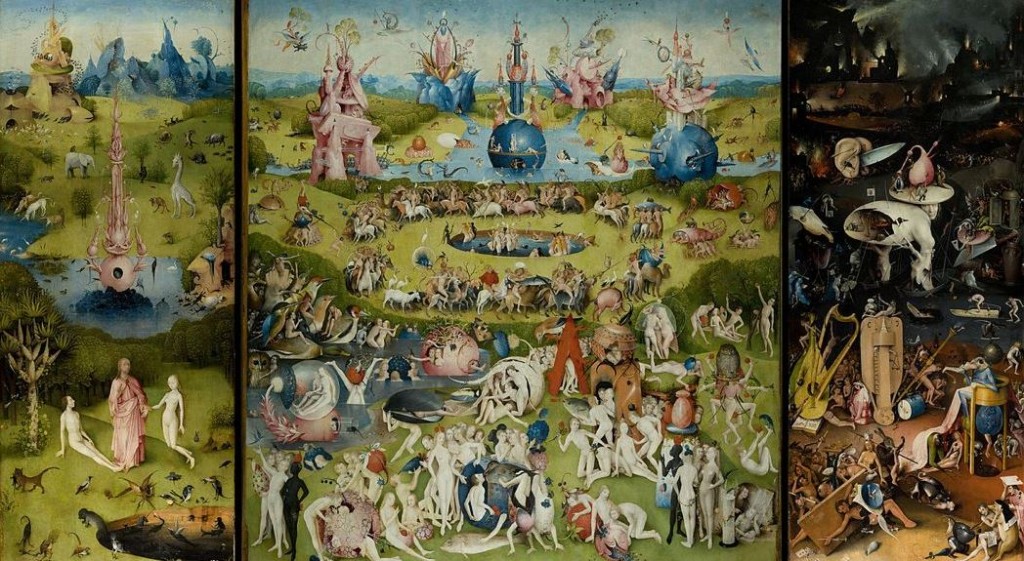 Today, grass is the largest irrigated crop in the United States. It comprises much of our urban fabric. A quarter of all of Franklin County, Ohio, which includes Columbus, is lawns—and that’s excluding sports fields and golf courses.

In his book Lawn People, political ecologist Paul Robbins interviewed dozens of people about their lawns. Interviewees told him that if their grass got too long, neighbors would come by and ask if their lawnmower had broken and if they needed to borrow one. People who wouldn’t mow their lawns might find an aggressive neighbor had done it for them in the middle of the night or while they were out of town. 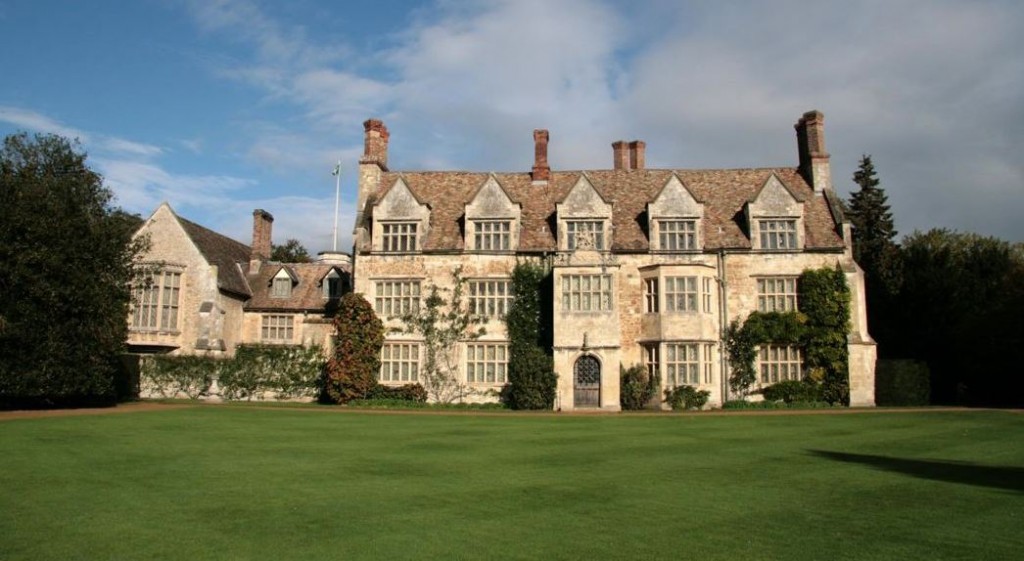 “The free-market American neoliberal subject who does as he or she pleases would just say, ‘To hell with my neighbors! I’m just going to let my lawn grow!’ ” Robbins says. “But instead they do the Communist thing, which is collective management of what is essentially a moral commons. It’s not your lawn, it’s the whole community’s lawn, and you’re responsible for this part.”

But as much as the lawn seems to be rooted to the American landscape, we may be seeing a transition. At least, in the Western U.S., California Gov. Jerry Brown declared in 2015 that the Golden State would need to cut water use by 25 percent. “We’re in a new era,” said Brown. “The idea of your nice little green grass getting water every day—that’s gonna be a thing of the past.”

In California, the lawn is perhaps the most visible symbol of the drought. Restrictions allow people to water only two or three times a week. In California, Arizona, and Nevada, governments are actually paying homeowners to rip out their grass and replace it with artificial turf or landscaping that doesn’t need water. This 2014 “Brown Is the New Green” campaign from the Santa Clara Valley Water District in California suggests that homeowners could just let their lawns turn brown. 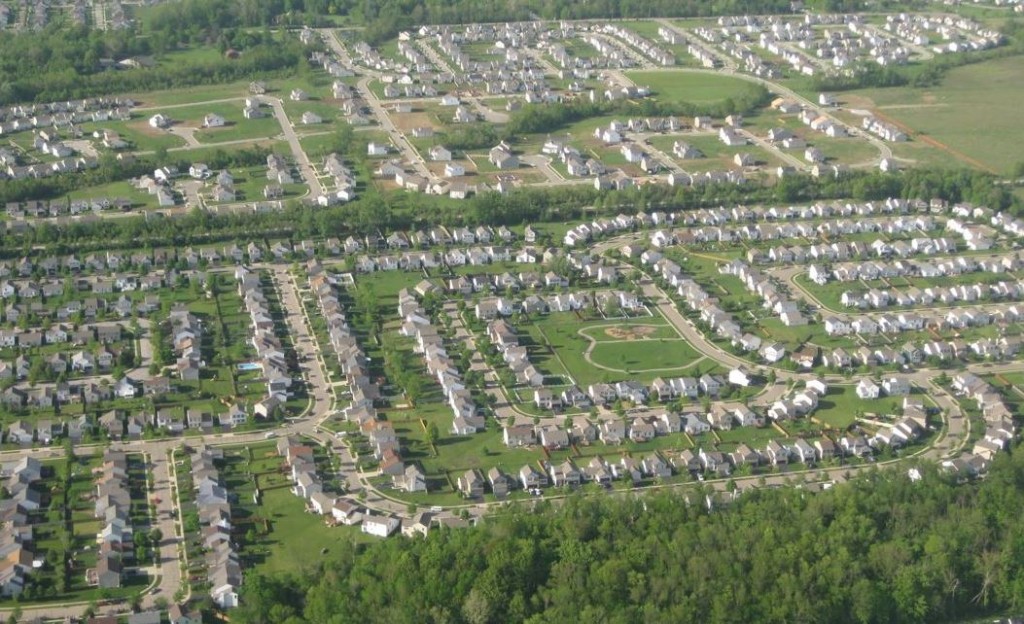 But if you want to keep a lush green lawn amid the drought, you can hire a lawn painting service. Xtreme Green Grass, based in Sacramento, California, manufactures a nontoxic solution that turns brown grass green. (It can also do white to emulate snow in the wintertime.) Lawn painting isn’t new, but if you’ve never heard about it, it’s because it’s generally only been used on golf courses and pro sports fields. It’s only since this most recent drought that lawn painting has come home. Xtreme Green Grass has built up a nationwide franchise, and it has a number of competitors. Many of Xtreme Green Grass’s clients are homeowners associations—so lawn painting is becoming accepted by even the strictest lawn enforcement agencies. 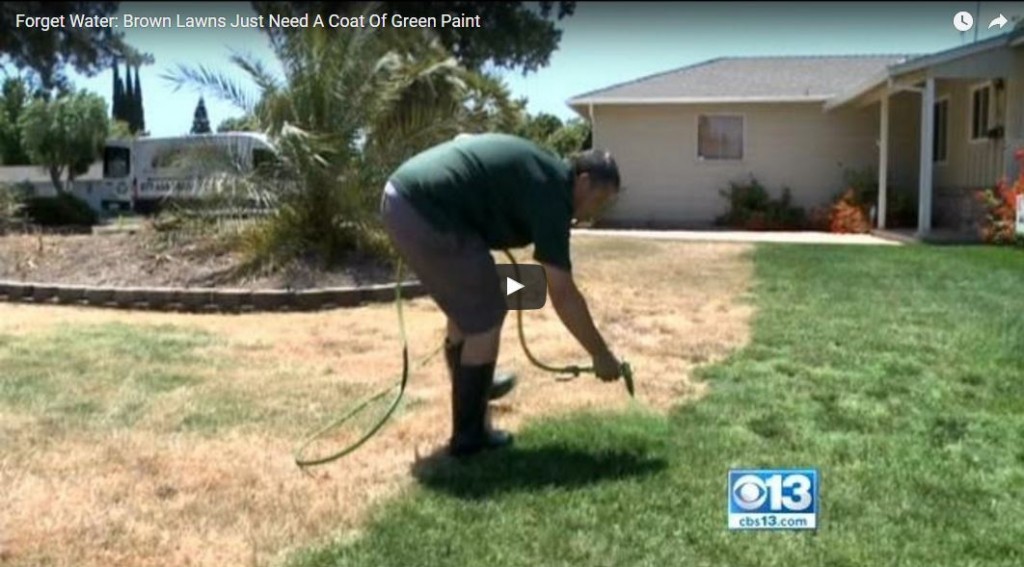 Perhaps we as a society are beginning to question the supremacy of the perfectly kept lawn. Now, in the dead of California’s drought, some people are berating one another for using too much water (see #droughtshaming). Although it may be good that people are becoming more conscious of water usage, the moral architecture of drought-shaming is a little too familiar. It’s just the newest trend in how people police one another’s lawns.

ECI has been converting water loving lawns for the past 25 years. Here is another article about how the Rosicrucian museum is saving an average of 4.5 million gallons of water a year after replacing their lawns with California natives. ARTICLE HERE